About the Series:The Animated TV Series As Financial Disaster

About the Series:
The Animated TV Series As Financial Disaster
by Elizabeth 'fatima' Bales

In the guest book of a GR web site, eleven years after the series ended, Mandell wrote, "The making of the series was a labor of love, which means it was a financial disaster." When Mandell started work on Galaxy Rangers, Transcom Media had no toy deal for the series, an exception in the licensing-crazy cartoon industry. Transcom, in association with Gaylord Production, made a deal for toys only after the series went into production. In the U.S., Galoob made a line of action figures, including prototypes for figures that never went into production; in France, the toys were sold under the Ideal label. Fans have also reported seeing lunch boxes, Golden Books, and even a dart board, and Roy Rogers featured boxed Galaxy Rangers children's meals. However, the toy deal failed, and with it financing for a second season.

"The critical thing, as I recall it," relates story editor Christopher Rowley, "was that to nail down a toy deal, the show had to get solid ratings first. But with the strong disagreement between Robert and Battista, the TV syndication distributor, about the order of eps—which led to 'Tortuna' being shown first—the show got off to a confusing start, which only got worse since GR was not tightly scripted like say, Thundercats, to concentrate on a few easily understood themes for younger viewers. Once the show's ratings demonstrated that it was not a big hit, the toy deals evaporated. Then, without toys, the whole process of building the 'brand' amongst 6- and 7-year-old boys—the key market group for these shows—failed. They watched T-cats, and a much smaller group of kids watched GR." 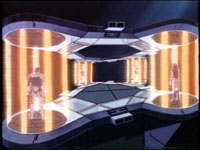 Asked in 2000 about his involvement, series writer John Rawlins noted, "Actually, I'm just very grateful for the chance to have done it.... If the toy company hadn't walked out on us, and if the TV markets hadn't bounced us from one time slot to the next, I think Transcom could have made some real money.

"But really, nobody was there for the money," Rawlins concluded. "You can be sure of that, because there wasn't any money. We just all wanted to do a really cool TV show." 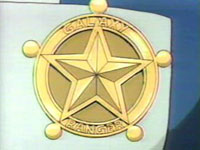