Just after her article went up I was walking by a Hot Topic store and noticed that they had Funkos on clearance: inside was the Power Ranger Zack funko! The same one that she used! For $3!

I could not resist.

I took it home and busted out the acrylic paints. 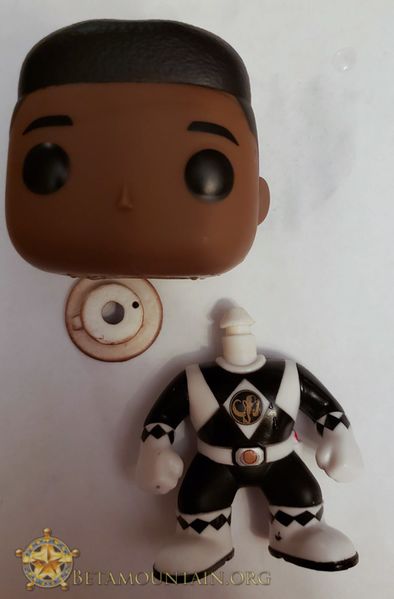 First, off came the head. Soaked Zack in hot water for a minute and slowly worked the head off. 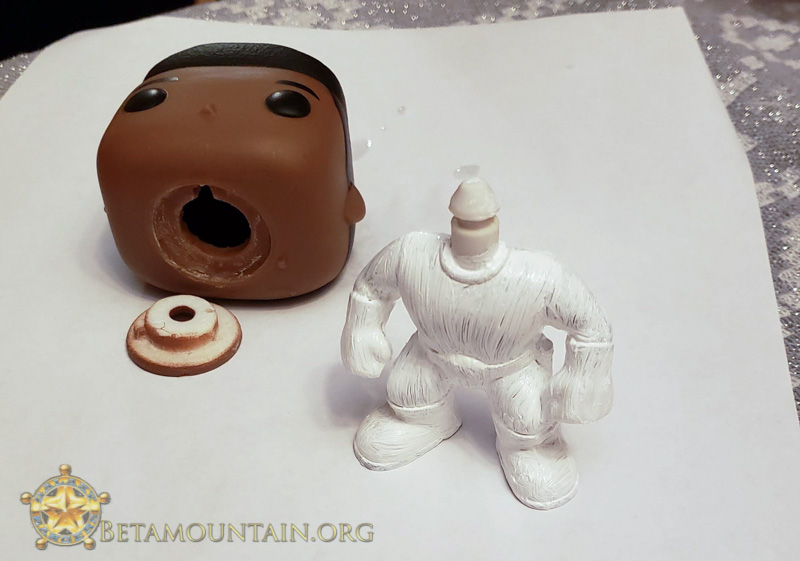 Next, Doc's body is primarily white and blue. I set a base of white (this is coat 1, I did a few to smooth it out). 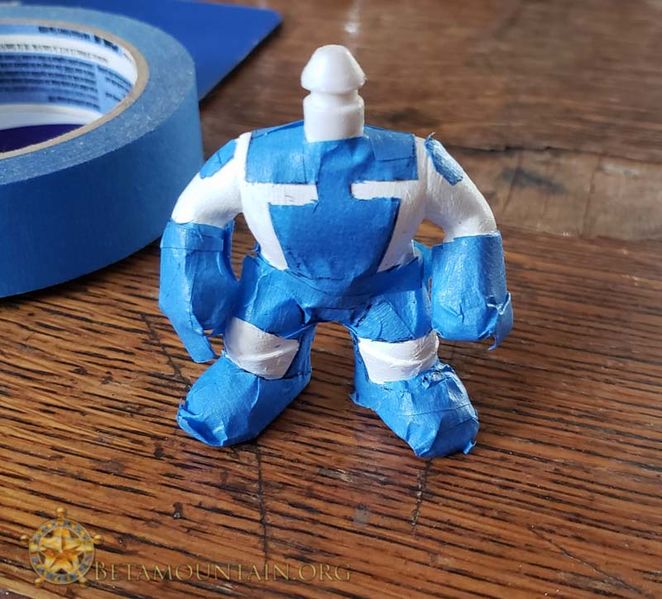 I taped off the white areas using painters tape and an exacto knife. Not that Doc's right glove is too long on this and that the GRCD1 Doc toy picture has the same issue (and that is not a prototype picture). 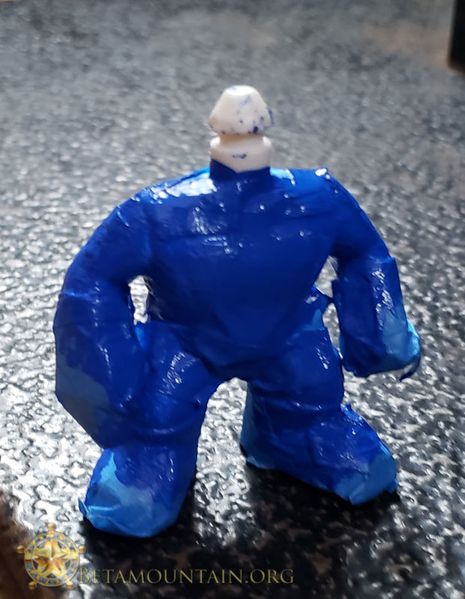 A few layers of cobalt blue go on. I learned that I should paint away from the tape so that it does not seep below the tape. A lot of cleanup was needed because I did not do this. 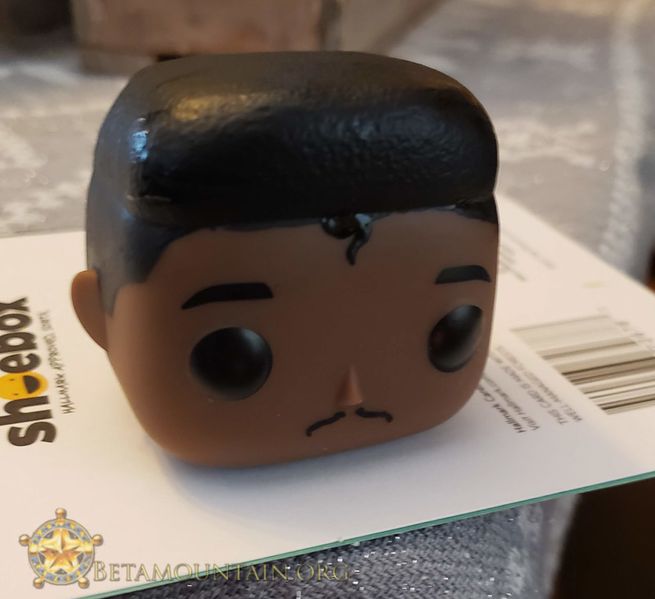 Doc's head was next while the body dried. I've seen the Winston Zeddemore Funko and that *might* be a closer fit to Doc with less work but otherwise not a lot to do here on Zack's hair, so I added a little rounding on it with black paint. The mustache and eyebrows were traced first with a fine point ink marker and then with a sharp toothpick, the black paint was applied. The squiggly forehead hair was added, globbing it slightly to give it a raise, and there was Doc!

The star and the rest of the finer lines were done in the same manner (toothpick) and the belt was painted a mixed gray. After I decided I wouldn't alter it anymore, I used acrylic sealer (I had gloss, if I do this again I want to try matte) and then look who joined our Christmas tree: 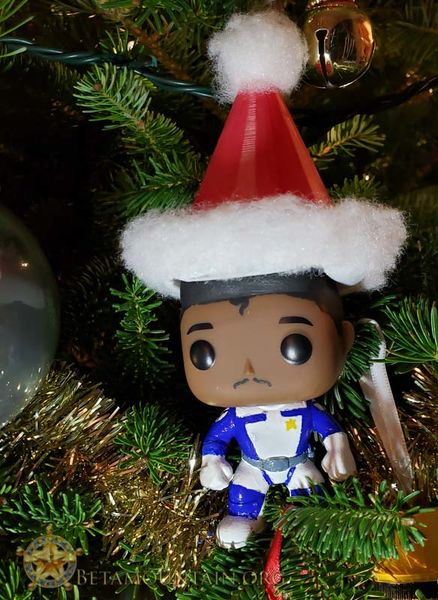 I wanted to know what "man" tools you used, besides the toothpick ... :-p
I hope to see more of your GR figures. Doc looked great with that mustache and strand of sexy hair. Congratulations.